Implanted unless 3 kilometers on the West by the city of Draguignan, about standing thirty hectares of vineyards of the domain of the Dragon, have all which needs for them to give a wine of Provence worthy of the name : a soil fertilized by of plentiful sources and an exposure due south to take advantage widely of a generous sun.

A vineyard blessed by the gods as a matter of fact as could let it believe these vestiges of the Saint-Michel medieval chapel, built in the area of the wine-producing exploitation, in border of the Malmont. Installed on a rock peak, the rests of this rural religious building of the XIIIth century, testify of a past long life. And sometimes enlivened. 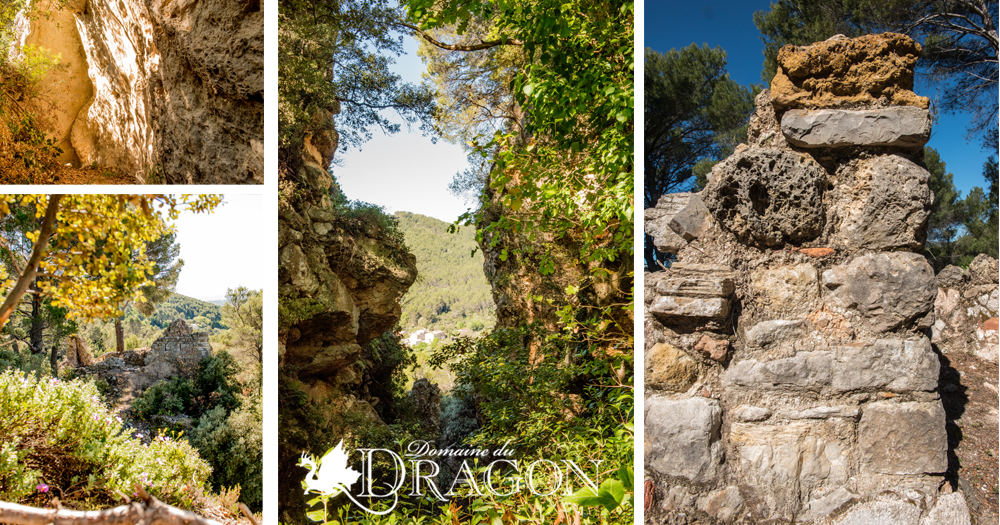 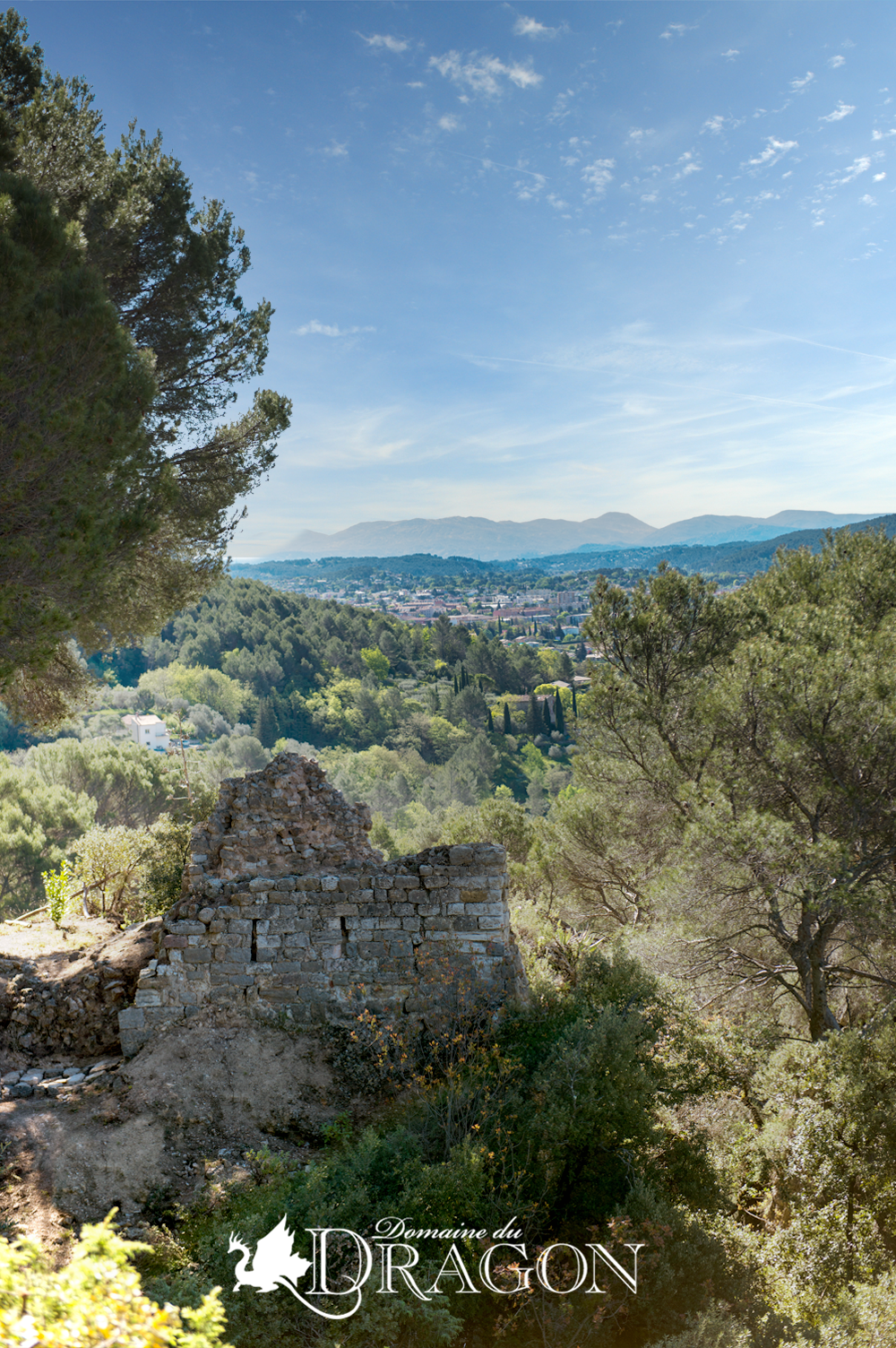 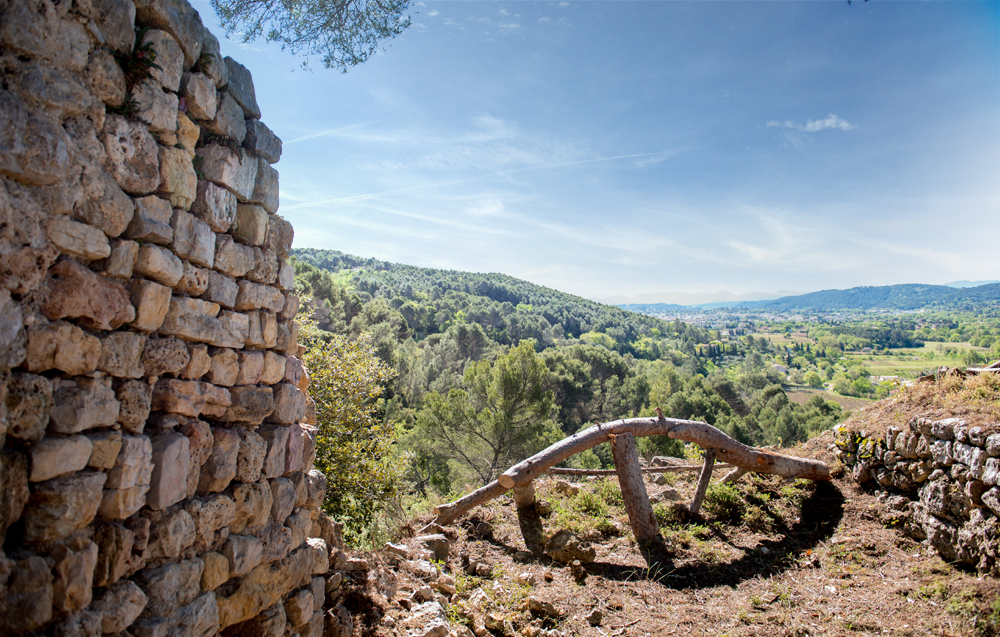 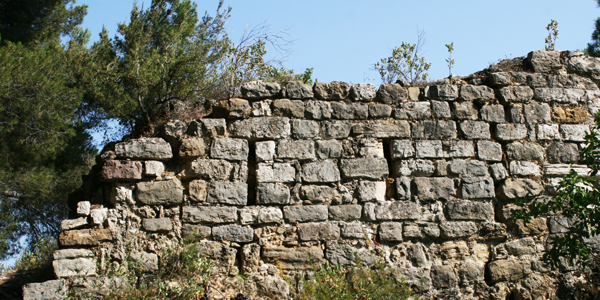 According to official and religious documents, such as the Napoleonic records, this castle with a surface area of 200m2, had an interesting history. Property in 1340 of Aubert Vaquet, it remained uninhabited during the fifteenth and sixteenth centuries before being bought in 1700 by Baltasar de Harness, Sieur d’Auroules and Châteaudouble, first consul of Draguignan.

The chateau of the Dragon was inhabited until the early twentieth century.

And in 1606 an adjoining building was added to house a guard who would be in charge of ringing the bell « to avert the storm ». In a tragic coincidence the same year, the olive trees of the neighbourhood were attacked by invasive worms. The two small rooms which were added are divided by a thick wall, and communicate with the nave from the sanctuary where the altar would have been, against one of the surviving walls of the building. A stone bench runs around the inside of the whole building.
[/section]

[section title= »Visit the Remains »]
You can visit the remains and go back in time, whilst enjoying a stunning view of the surrounding countryside.
[button url= »http://domainedudragon.com/en/contact/ » window= »flase » style= »black » size= »small »] Contact [/button]
[/section] 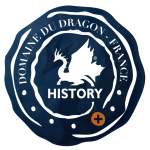